Sony vegas pro is a best video editing software, it was published by Sonic Foundry, now it is owned by Sony Creative software. Sony Vegas pro has many features like real-time audio and video editing on unlimited tracks. Sony vegas doesn’t need any specialized hardware to run this software as properly. It allows almost all standard windows computers across abroad range of hardware. It composites motion graphics and set a broad tool set including 3D track motion. This 3D track motion Compositing with control over Z-depth. Sony Vegas is providing much visual effect processing in audio prototype also. Sony vegas pro can be Applying  any effect stage of the visual signal flow. Vegas features integration with 24p DV, it will also control which is convert the other formats to 24p.

Chief Editor of Alldesigncreative.com, a designer, developer and animator. He spends most of the time to creating designs and animations includes visual effects. He loves so much to create all type of designing and has excellent knowledge in all kind of design roots.
Previous Magix Movie Edit Pro 2014 Tutorials for the Beginners
Next Free Skin Texture 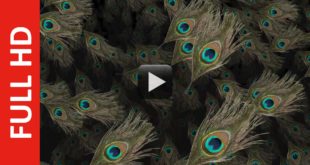 This is best premium design of peacock feather background video effect for your next making ...