CyberLink PowerDirector is a video editing program developed by CyberLink. powerdirector runs on Windows, Android and IOS. This video editing software is available in English French, Chinese, Spanish, Japanese, Korean and Dutch. It allows the user to create professional level videos with mobile phones at a very affordable price and it can be considered that PoweraDirector is one of the best video editing applications for Android users. You can easily edit and export videos in high resolution. Though this application does not have a free version it has a free trial and the pricing is very reasonable. You can directly download the software from the CyberLink website or from the Play store. It is very useful for the newbies as well as the serious users who cannot afford video editing softwares on Windows. Also the 365 version of this application consists of both audio and image software that features new tools throughout the year. Here we are adding a few cyberlink powerdirector video editing tutorial for beginners and very easy software for the new starting users, just watch our embed videos from the following and start your own editing as well.

PowerDirector is such a video editing application that fills the gap between the professional projects and user-friendliness. In fact the latest version of this video editing app comes with almost Photoshop like perfection and Powerful tools on a very simple interface. You have a number of Editing options that you can use easily while editing your videos. At first you need to fix the aspect ratio of your project and then you can start applying effects and transitions. Also you can customise your project with extra preferences like title, music, voice, zooming and stabilization. Simultaneously like most other video editing softwares, this PoweraDirector also allows you to crop and add multiple clips on your timeline as it is a non linear video editing software. You can import pictures from even Shutterstock if you have the full subscription. At the end of editing you can export your projects successfully from the Produce Lab.

360-Degree Footage – One of the powerful tools in CyberLink PowerDirector is its 360 degree footage system that lets you choose the final project output between 2D and 360 degree. Maybe the stabilization of the video can hamper if you apply the 360 degree effect but the basic tools like trimming, spitting , adding and mixing will be successfully applicable if you want it to be your final video in 360 degree effect.
Motion Tracking – The motion tracking tool usually allows an object to follow something that is moving in your video clipping. You can use this tool in powerdirector to make tracking for a text for the title of the text. The amazing thing is that you can add blur effect, spotlight and mosaic to your texts that can be of different fonts as well as many colours and sizes.
Multicam Editing – Nowadays not only the professional video editors but also so the beginners like to work with multicam editing as people are now prone to shoot memorable events with camera phones
PowerDirector has around hundreds of multicam tracks that can easily synchronise video clippings with good choice of video audio, effects and transitions.
Chroma Key – PowerDirector as another modern editing tool that is gromacs Croma Chroma key It. It allows the user to use the solid colour background and create exotic scenes. In PowerDirector you have an orange, yellow and grey background along with a greenscreen.
Picture in Picture editing – You have PiP grids and designs in this video editing software that are pretty cool and easy to create effects with the video collage. You can either use this tool from the plugin menu or can open a new window to access the preset templates and add to your video clippings just by dragging and adjusting the ratio. Templates can be customised with oval, square and speech bubbles.
AI Painting Styles – AI style filter is a magic that PoweraDirector can create with your videos. There are four types of AI styles in this application; Chinese Painting, Van Gogh, Monet and Manet. Besides these you can even produce new styles with an extra subscription on a monthly basis.
Video Mask and Audio Mixing – The video mask tool in PowerDirector allows you to add transparency to the objects and texts along with some fun effects. Also like most other video editing softwares, this application also lets you record and sync voice backgrounds and add soundtracks to your videos as per the time limit. Here we have an automatic ducking system that increases the background audio and balances the background score while editing.
Import and Export – You can manually import images and audios from your gallery or you can either import photos from Shutterstock or you can import your media files directly from your device be it Android or Windows. At the end of editing you can export video in WMV format from the produce lab and then you can convert the video into your preferable format.

PowerDirector does not have any free version but it offers a free trial for the users. The pricing starts from $19.99 per month and if you want to subscribe it is one time purchase for the users. The Android version of powerdirector is free though there will be watermarks.
Overall, CyberLink powerdirector is one of the best choices for editing video projects. It contains creative and powerful technologies and it is available both for the Android users and Windows and also Mac OS users. The performance of this application is sometimes smoother and faster than many other video editing softwares and last but not the least it supports 4K video content with extremely high resolution. Besides Mac OS users get extra and better performance. For the Mac users the subscription plan costs $69.99 and you have to access that from CyberLink itself, not from the App store. Thus PowerDirector CyberLink powerdirector can be considered a reliable and professional video editing software for its project module, 360 degree footage system, AI style, screen capture, motion tracking, high resolution and 3D effect. Also it is an easy to find option for the Android users as it is free and impressive with exclusive and smooth features. 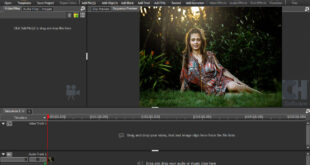 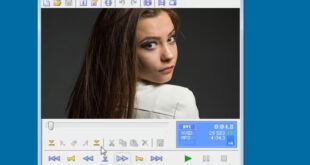 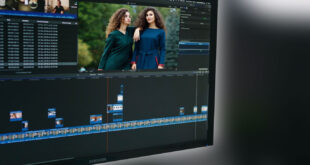 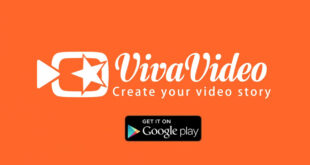 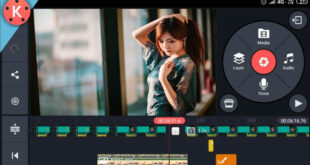 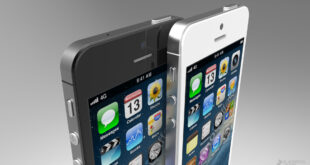 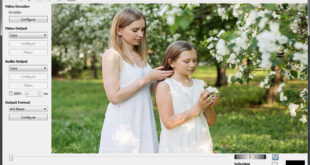 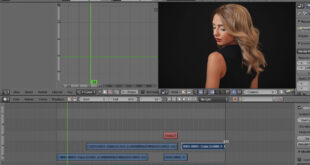 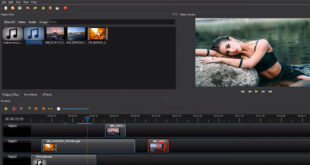 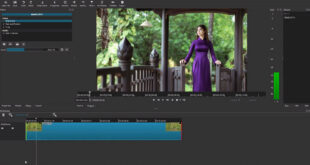 Shotcut is free and open source video editing software which can run on Linux, macOS, ...